According to Countryaah.com, with capital city of Hanoi, Vietnam is a country located in Southeastern Asia with total population of 97,338,590. 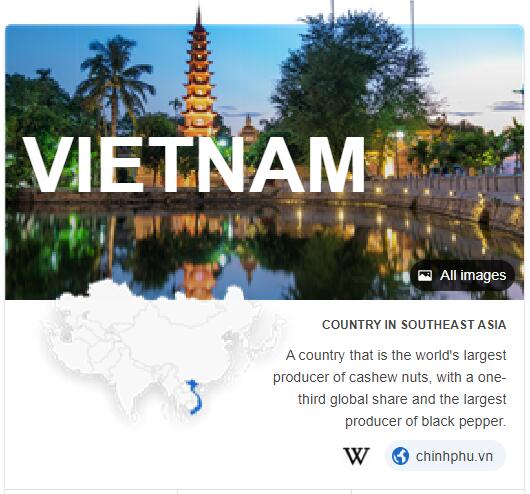 After the constitution of 1992, Vietnam is a unified state socialist republic. The former popular democratic (communist) form has been toned down, although the communist party is still “the leading force in state and society” and the elected bodies have been strengthened. See ABBREVIATIONFINDER for how VM can stand for Vietnam.

The President and the Government

The head of state, the president, is elected by and from among the members of the National Assembly for the term of the assembly (five years). The President appoints the Assembly to the election, or dismissal, of the Vice President, Prime Minister, Supreme Court Justice and Procurator of the Supreme People’s Control Body. The President appoints and dismisses the other members of the government and is formally also military commander. The government is sitting as long as the assembly is sitting.

The formally supreme body for the people’s power is the National Assembly. In addition to its appointing functions, it has constitutional and legislative functions and oversight of all governmental activities. The Assembly has 498 members, elected in the general election for five years. The candidates still come mainly from the Communist Party, but independent candidates are also allowed to stand for election.

The role of the Communist Party has been reduced, in particular the Politburo (15 members) and the Central Committee (161 members), while the Secretary-General of the party, together with the President and the Prime Minister, constitute the supreme power troika in the country.

Administratively, Vietnam is divided into eight regions with 61 provinces and four urban areas (Hanoi, Haiphong, Da Nang and Ho Chi Minh City). These units are further divided into districts. At the lowest level there are villages and neighborhoods. The local government is taken care of by elected peoples councils, while the executive power lies in administrative committees elected by the peoples councils.

The legislation is based on communist and French examples. The judiciary is organized according to the divisions of the political system, and is referred to as the national courts. There are such courts at all levels except at the village level. The Supreme Court and the Court of Appeal are the supreme tribunal. The President of the Court sits as long as the Assembly and is accountable to it. The supreme court oversees the activities of the lower courts, while at the same time being responsible to the peoples councils at their levels.

Parallel to the judiciary, there is a system of people’s control bodies. These supervise the administration of justice and are also public prosecutors. The head of the supreme control body, the supreme prosecutor, is elected by and is responsible to the National Assembly. It is its own military courts and control bodies.

The first service in Vietnam is two years in the army and in the air defense, and three years in the navy and air defense. The army is still a key element of the Vietnamese Communist Party. The total force figures for Vietnam’s armed forces are 482,000 active personnel (2018, IISS). In addition, some 40,000 semi-military border guards come.

The Navy has a workforce of 40,000 active personnel, including about 27,000 Marines. The fleet includes eight tactical submarines, four frigates, six corvettes, 62 patrol vessels, 13 minesweepers, 19 landings and 27 auxiliary vessels. In addition, the Navy has six light transport aircraft and 14 helicopters.

In 2018, Vietnam participated in UN operations in the Central African Republic (MINUSCA) with four personnel and one observer, and in South Sudan (UNMISS) with one personnel and two observers.