According to Countryaah.com, with capital city of Vaiaku, Tuvalu is a country located in Polynesia with total population of 11,803. 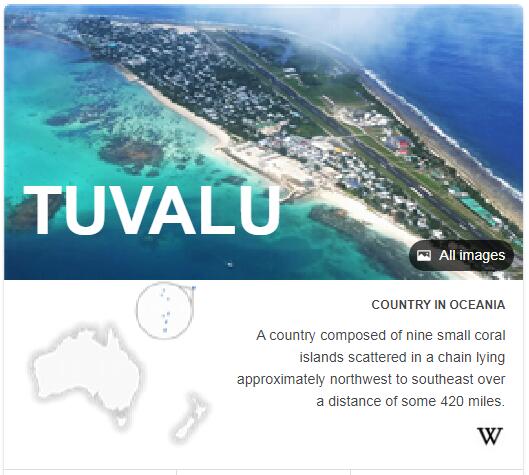 Tuvalu is a member of the Commonwealth. The head of state is the monarch of the United Kingdom, represented in the kingdom by a domestic governor-general. According to the 1978 Constitution, the legislative power lies with Parliament, which has 15 members. These are elected every four years in general, direct elections.

The government, which is made up of a prime minister and up to four other ministers, is directly responsible to Parliament.

Political parties do not exist, but the members of parliament mainly represent the island they come from. Decades after independence in 1978, two people dominated political life: Tomasi Puapua (born 1938), who was prime minister 1981–89 and general governor 1998–2003, and Bikenibeu Paeniu (born 1956), prime minister 1989–93 and 1996–99. See ABBREVIATIONFINDER for how TV can stand for Tuvalu.

During the 2000s, the change of government has come close, but the political turmoil has mostly been due to conflicts on the personal level between the politicians. Several heads of government have been dismissed following a vote of no confidence in Parliament. This fate also hit Willy Telavi (born 1958), who was deposed in 2013 and replaced by Enele Sopoaga (born 1956). Sopoaga was able to remain in office even after the elections in 2015. After this election, 14 out of 15 MPs were men.

The legal system in Tuvalu is English-inspired. The highest courts are the High Court and the Court of Appeal, with some opportunities to appeal to the Privy Council in London. The death penalty was abolished in connection with the country’s independence in 1978.