According to Countryaah.com, with capital city of Tunis, Tunisia is a country located in Northern Africa with total population of 11,818,630. 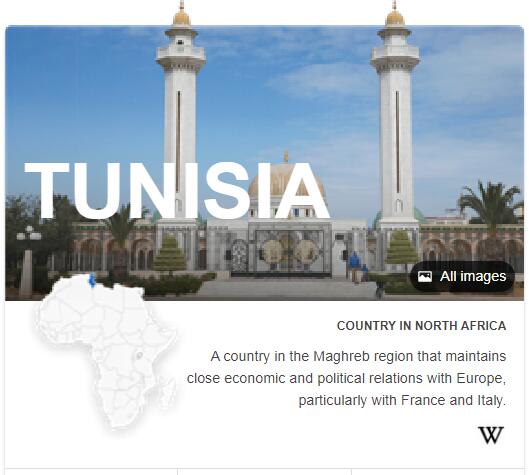 Following the resignation of President Ben Ali in February 2011, Tunisia has been in a political and constitutional transition period. The election of a new constitutional assembly in October 2011 was the first step towards a state constitution based on democratic principles.

The Constitutional Assembly was constituted in November 2011. After a period of several political crises, it presented Parliament to a proposal for a new constitution in January 2014 – which was passed by a clear majority. The Constitution guarantees ordinary civil rights, including women’s rights.

The winner of the October 2011 election became the Islamist party an-Nahda, which received 89 of the total 217 seats in the assembly. Together with the Arab nationalist left-wing Congress Congrès pour la republic (CPR) which gained 29 seats, and the Social Democratic Ettakatol which got 20, an-Nahda formed a political alliance.

Prior to the political upheaval, Tunisia, after the 1959 Constitution, last modified in 2002, was a unified state, presidential republic. See ABBREVIATIONFINDER for how TS can stand for Tunisia. The head of state, the president, was elected in general elections for five years. The president appointed and led the government, appointed all military and civilian officials, and was military commander. The Government was accountable to the President, but also had limited responsibility to the National Assembly; it could adopt a vote of no confidence in the government.

The National Assembly passed laws, and was elected at the same time as the president for five years, and had 189 members. In addition, there was a council meeting with 126 members elected for six years; 85 were elected from the districts, organizations and unions (as the boycott council), and 41 were appointed by the president. Since independence, politics was dominated by one party, the Neo-Destour Party, from 1988 called the Rassemblement Constitutionnel Démocratique (RCD). Tunisia was in fact a one-party state in the period 1964–88, and even later RCD was completely dominant.

Administratively, Tunisia is divided into 24 counties (“governorates”), governed by presidential governors. The Tunisian government has traditionally been very centralized, but some decentralization and local democratization has taken place since 1988.

The judiciary is influenced by French and Islamic law. This includes a court of cassation, with three civil law departments and one criminal justice department, three appeals courts and 13 first instance courts.