Tibet – The roof of the world

Join a round trip during which you will experience the variety that China has to offer! You will experience the most varied landscapes and environments – from Hong Kong’s well – planned metropolitan landscapes in subtropical southern China to Tibet’s fabulously beautiful mountain landscapes in the mighty Himalayas. The trip also takes you to Yunnan, one of China’s most interesting provinces with its magnificent nature and many minority peoples. During the trip, you will get acquainted with both the southern and northern Chinese cultural spheres in the metropolises of Hong Kong and Beijing, but above all you will get a good insight into the Naxi people and the Tibetan culture and imaginary world. 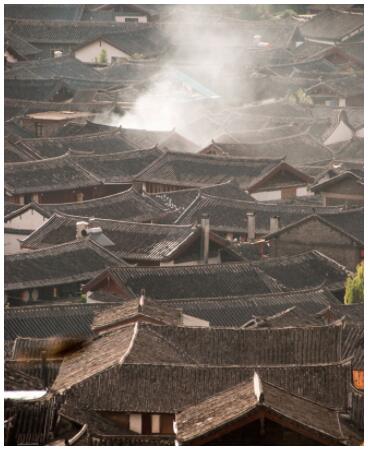 Day 1: Travel to Hong Kong
Meals are included on board the long-haul flight.

Day 2: Hong Kong
We arrive in Hong Kong in the afternoon and go to the hotel. The rest of the day you can rest after the long flight or perhaps discover the local area on your own before we gather in the evening for a welcome dinner. Overnight in Hong Kong. (Noon.)

Day 3: Hong Kong
After breakfast we take a ferry to Hong Kong Island and experience one of the world’s most famous harbor entrances. On Hong Kong Island, take the legendary Peak Tram to the top of Victoria Peak from where you get a glorious view of the city. The tour continues to the floating fishing village of Aberdeen where people still live aboard their dungeons. We take a walk and take a look at the boats before eating a traditional lunch at a floating restaurant. We then continue to the charming neighborhoods at Stanley Market, known for its large selection of all kinds of goods. The rest of the day at your own disposal to discover the wonderful Hong Kong on your own. You get around easily and smoothly with the city’s excellent and easy-to-understand metro system. Hong Kong is wonderfully beautiful ahead of the evening! Overnight in Hong Kong. (Breakfast and lunch.)

Day 4: Hong Kong – Macao – Hong Kong
After breakfast we take a fast ferry to Macao which was previously a Portuguese possession. During the day trip we visit places in the city’s historic center that are listed on the UNESCO World Heritage List. We begin with a visit to the A-Ma temple which dates back to the 15th century and is dedicated to the sea goddess of protection. We then continue to Ruinas de Igreja de Sao Paulo – the beautiful ruins of what remains of the Catholic Church that was built in the early 17th century when Portugal was a significant colonial power with the ambition to guard and expand its interests in Asia. We also visit Fortaleza de Monte, a fort built during the same century to protect the Portuguese clergy from pirates. Macao is today known as the “Monte Carlo of the East” and those who want can take the opportunity to look into one of the city’s many casinos to get a quick insight into the business before we take the afternoon ferry back to Hong Kong. The rest of the afternoon and evening open to discover Hong Kong on your own. Feel free to ask the local guide for tips on places to visit! Overnight in Hong Kong. (Breakfast and lunch.)

Day 5: Hong Kong – Kunming
Today we leave Hong Kong behind and fly to Kunming in Yunnan Province on the Chinese mainland. Yunnan is located far down in southwest China and borders Vietnam in the southeast, Laos in the south, Burma in the west and the autonomous region of Tibet in the northwest. A large part of the population consists of various minority peoples. After arriving in the provincial capital Kunming, we visit Daguanlou (“Lookout Tower”), one of China’s most famous pavilions, elegantly built in classical architecture and surrounded by its associated park. Overnight in Kunming. (Breakfast.)

Day 6: Kunming – Lijiang
After breakfast we visit Shilin (Stenskogen) just outside Kunming. The area is one of the most remarkable natural attractions in China with its spectacular rock formations – strange karst formations in limestone that rise like a forest of stone. After admiring the fascinating landscape and having lunch, we head to the airport in the afternoon before the flight (about 1 hour) to the city of Lijiang, which with its well-preserved traditional architecture, winding alleys and canals is a UNESCO World Heritage Site. Overnight in Lijiang. (Breakfast and lunch.)

Day 7: Lijiang
A large part of Lijiang’s population belongs to the Naxi ethnic minority, whose culture differs in many respects from that of the Han Chinese. During the day we visit the Mu – clan’s palace-like residence that is sometimes likened to the Forbidden City in Beijing. The Mu clan belonged to the Naxi people and ruled the region for centuries, albeit under imperial control. On site, we get to know about the Naxi people’s culture, religion and history. We also visit Heilongtan (Black Dragon Pond) just north of Lijiang’s old town. At this scenic spot you get a fantastic view of Yulong Xueshan (Jade Dragon’s snow mountain) towering in the distance. In the afternoon, own walks in Lijiang’s older districts await, and in the evening we see a performance with Naxi musicians who, among other things, perform pieces of ancient traditional Daoist temple music. Overnight in Lijiang. (Breakfast and lunch.)

Day 8: Lijiang – Shangri-La
We continue north by bus to the town of Shangri-La in Diqing (Dechen), an autonomous prefecture of Tibetans in northwestern Yunnan. During the journey there, we stop at Hutiao xia (Tiger Rang Pass), one of the world’s deepest canyons where the Jinsha River (a tributary of the upper reaches of the Yangzi River) rushes far down there at the bottom of the deep valley. From the river valley, almost vertical mountain sides extend up to the snow mountain of the Jade Dragon (5,596 m asl). When we arrive at today’s final destination, we visit the important llama monastery Ganden Sumtseling, built during the latter half of the 17th century. The beautiful monastery complex houses about 700 monks and is built in traditional Tibetan architecture. We are now at an altitude of 3,200 meters at the gate to the mighty Himalayas! The streets in the older city center are lined with beautiful old wooden houses in Tibetan architecture. Here you will find a quiet and soothing atmosphere, characterized by the area’s deeply religious population. During the evening we see a Tibetan song and dance performance. Overnight in Shangri La. (Breakfast and lunch.)

Day 9: Shangri-La – Lhasa
During the day we fly to Lhasa in Tibet (3,650 m above sea level). The journey goes over the peaks of the Himalayas and the approach to Lhasa is spectacular! With its isolated location, fascinating culture and long history, Lhasa is one of Asia’s most interesting cities. Upon arrival in Lhasa, we visit just north of the city Serak Monastery dating from the 15th century. The Lama Monastery is one of Tibet’s largest and is especially famous for the monks’ philosophical and theological discussions held every afternoon. The often lively debates are open to the public and even if one does not understand what is being said, they are fascinating to witness. Overnight in Lhasa. (Breakfast and lunch.)

Day 10: Lhasa
After breakfast we visit the Potala Palace, Tibet’s most famous building complex and once upon a time the residence of the Dalai Lama and the center of the Tibetan theocratic government. The thirteen-story palace sits on a cliff high above the city and its whitewashed walls and shiny copper roofs are clearly visible from miles away. The palace is considered the foremost example of Tibetan classical architecture and is classified as a UNESCO World Heritage Site. In the afternoon we visit the Jokhang Temple dating from the 6th century, one of the most sacred places of Tibetan Buddhism that attracts pilgrims from all over the Himalayan region. We also visit Barkhor Street, which surrounds the temple on all sides. Here you can see long-distance pilgrims approaching the temple clockwise with spinning prayer wheels. Overnight in Lhasa. (Breakfast and lunch.)

Day 11: Lhasa – Yamdrok Yumtso – Lhasa
After breakfast we travel along serpentine roads up to the Kamba La mountain pass, located at almost 5,000 meters above sea level. Below is the sacred lake Yamdrok Yumtso. The sight of the azure water, the sparkling snow on the ridges, the clear blue sky and the green expanses with the free-roaming yachts are completely unbeatable! Back in Lhasa, we visit the Tibet Museum with its exhibitions that thematize Tibetan culture, religion and history. We end the day by visiting the Norbulingka Palace complex which served as the summer residence of the Dalai Lamor who ruled over Tibet from the end of the 18th century until the middle of the 20th century. The palace area and the surrounding park are on the UNESCO World Heritage List. Overnight in Lhasa. (Breakfast and lunch.)

Day 12: Lhasa – Beijing
We fly to China’s capital Beijing. The multimillion-dollar city has developed into one of the world’s most important economic and political centers, but despite the fact that the city has long since turned into an international world metropolis, there is much to discover for those interested in China’s long history and fascinating culture! Overnight in Beijing. (Breakfast.)

Day 13: Beijing
In the morning we visit Tiananmen Square in the heart of the Chinese capital. Just looking out over the world’s largest square is truly an experience in itself! We continue to the Forbidden City facing the square. It was from here that most emperors during the Ming and Qing dynasties ruled over the Chinese empire. We get a guided tour of the huge palace area with its fantastic architecture and get a good insight into the environment in which the imperial court stayed. After lunch we head to the wonderful Summer Palace where the emperors and their court sought during the hot summers to get cool. Overnight in Beijing. (Breakfast and lunch.)

Day 14: Beijing
During the day, a visit to the Great Wall of China awaits. We visit the Mutianyu section about 65 km northeast of Beijing. Back in Beijing, we stop at the National Stadium (popularly known as the “Bird’s Nest”) which was built before the 2008 Olympics. Overnight in Beijing. (Breakfast, lunch and dinner.)

Day 15: Return
Transfer to the airport before returning to the boarding place. Meals are included on board the long-haul flight. 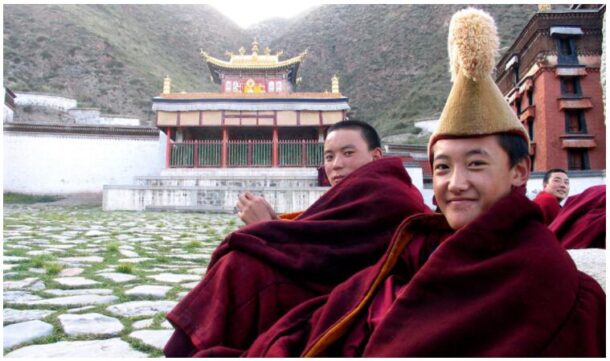