According to Countryaah.com, with capital city of San Marino, San Marino is a country located in Southern Europe with total population of 33,942. 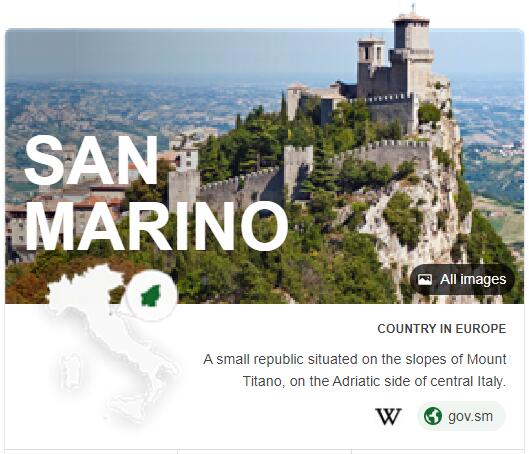 San Marino’s state of affairs has changed quite a bit over the past 800 years, apart from the introduction of modern universal suffrage. Parliament consists of the Grand Council (Consiglio Grande e Generale), which has 60 members, elected for five years. Among these are appointed two reigning captains (Capitani Reggenti), who together for six months both serve as head of state and head of government. The government is made up of ten members and is to have a basis for its policy in the Grand Council. The country is ruled by a partial alliance dominated by the Christian Democratic Party (PDCS). In the 2012 election, PDCS received the most votes (29 percent). The second largest party was the Social Democratic PSD, which received just over 14 percent of the vote. PSD and PDCS collaborated in the elections in the joint best interests of the San Marino Alliance.

Locally, San Marino is historically divided into nine “Castelli”, each under the leadership of a “castle captain”, appointed for two years. San Marino joined the Council of Europe in 1988 and the UN in 1992. See ABBREVIATIONFINDER for how SM can stand for San Marino.

In the area of private law, the legal system in San Marino is based on Roman law and customary law, while among other things. criminal law is codified. The death penalty was abolished in 1865; the last execution is said to have taken place in 1468.