According to Countryaah.com, with capital city of Port Louis, Mauritius is a country located in Eastern Africa with total population of 1,271,779. 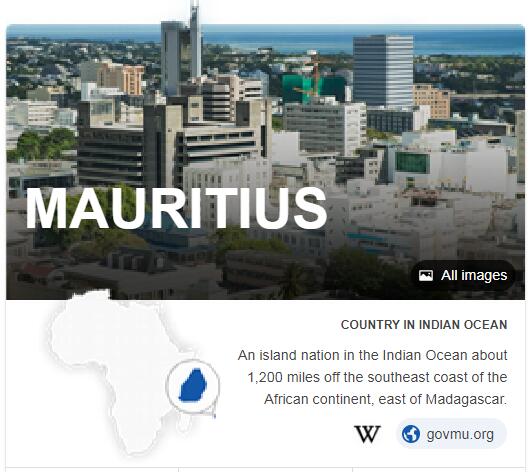 Following the 1992 Constitution, Mauritius is a parliamentary democratic republic and a united state. The head of state is a president elected by the National Assembly for five years. His functions are primarily formal. The prime minister and the government have added executive power. These are responsible to the National Assembly, which is elected for five years. The assembly includes one president, 62 representatives elected in general elections and up to eight other representatives; these are appointed by an election commission to ensure an ethnic and regional balance in the assembly. The Attorney General also has a seat in the Assembly if he is not elected in the ordinary way.

Administratively, the country of Mauritius is divided into nine districts and three dependent areas. See ABBREVIATIONFINDER for how MU can stand for Mauritius.

The judiciary is based on both French and English law. The courts include the Supreme Court, a civil and a criminal court of appeal (where Supreme Court judges sit), an intermediate court, an industrial court and ten district courts. In some cases, appeals may be brought before the Judicial Committee of the British Privy Council.