According to Countryaah.com, with capital city of Tehran, Iran is a country located in Western Asia with total population of 83,992,960. 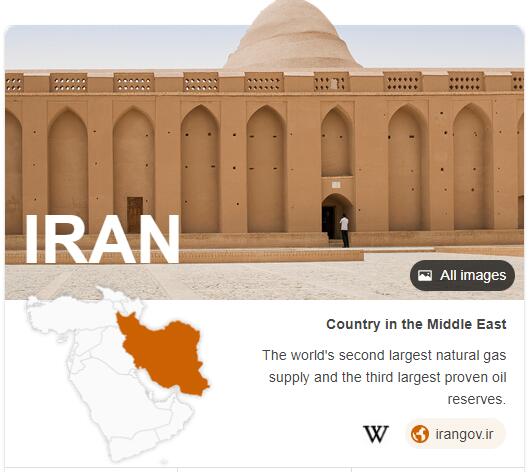 The 1953 CIA coup puts the Shah on the throne

With the United States in the back, the Shah consolidated his power. All opposition was suppressed by the most brutal means of the secret police – SAVAK – built from 1957 by the CIA. In the mid-1960s, Bertrand Russel recommended using tyranny in Iran as a study object for what “the West understands with the free world.” The Shah aimed to implement a comprehensive modernization of the Iranian society financed by the oil revenues. Before the agricultural reformsin the 1960s, a small number of landlords owned over 70% of the arable land. The Shah’s reforms broke the landlord’s aristocracy, but the new self-sufficient peasants were given no opportunity to cultivate the land effectively. The Shah focused on the development of large state estates, often in close cooperation with the large Western agricultural companies. The state goods were based on imports of advanced Western technology. But the lack of planning and of professionals – many of the large-scale irrigation plants worked poorly – prevented an increase in agricultural production. The extensive import of foreign technology was a burden on the balance of payments.

The small farms fell due because the small farmers did not get loans to improve production. The result was that Iran, as previously exporting grain, was forced to import grain for several billion dollars annually. Furthermore, the escape from rural areas led to a huge influx of urban slums. See ABBREVIATIONFINDER for how IR can stand for Iran.

The Shah’s plans were to make Iran a mighty industrialized country by the year 2,000. Oil revenues multiplied after the oil crisis in 1973, and should be the foundation for this development. But in this field, too, the plans failed. Oil revenues were not enough to finance imports of the advanced Western industry. Iran lacked professionals – half the population remained illiterate. The Shah sought to circumvent this difficulty by engaging tens of thousands of foreign professionals. The transport network failed and the rising corruption led to many projects never being completed. Unemployment grew. Imports of foreign finished goods crushed the traditional traders and craftsmen.

Iran as a regional superpower

At the same time, the Shah’s dream was to make Iran a regional superpower in the Middle East. About a third of the state budget went to reconstruction. Multi-billion-dollar military equipment was purchased every year in the ’70s – especially from the United States. Up to 1978, the country bought weapons for $ 18 billion – from the United States. Furthermore, no less than 11,025 Iranian officers were trained in the United States during the period 1950-76. The United States has invested heavily in making Iran an important support point in West Asia.

However, the economic development of the country benefited only a small minority. The Shah himself had become one of the richest men in the world, but the majority of the population had not improved his standard of living. The forced modernization had at the same time created violent cultural and social conflicts. In the 70s, the regime became increasingly dependent on the police and military apparatus. In 1976, Amnesty International estimated the number of political prisoners to be somewhere between 25,000 and 100,000. The Shah’s power plans and the rapid industrialization had made Iran increasingly dependent on the United States.

The rebellion against the shah grew from the beginning of 1978 very quickly. All this year, the uprising was based on peaceful demonstrations and strikes. Periodically, many hundreds of thousands walked the streets. The revolt in Iran was unique in modern history. Not just by the massive endorsement and the longevity, but also by the masses of peaceful protesters month after month defying a mighty military apparatus and a secret police notorious for their torture and cruelty.

The media convey to us a rather one-sided image of Iran, which until 1935 was known as Persia: women in black chador cloaks and turban-headed bearded priests. However, when traveling to the country, one gets to get to know a different kind of Iran, where the incredible hospitality and kindness of the people is surprising. The archaeological and architectural treasures of the country are unique. The texts of the great medieval poets, Omar Khaijam, Hafez and Sa’ad, now also translated into Finnish, praise the sweet moments of life and the storms of raging feelings, as well as the joy of socializing. “Get up, let’s put the harp to the wind! Let’s drink wine, let the reputation go! Let’s sell a prayer mat from a bowl, throw a bottle of piety against a stone! ” (Finnish Jaakko Hämeen-Anttila, 1999).

Instead, Persepolis near Shiraz is home to the spirit of the great kings. Many remember from the school’s history lessons Cyrus, Darius, and Xerxes, who created an empire unparalleled 2,500 years ago: from the Mediterranean and Egypt, it stretched as far as Central Asia and India. In the ruins of Persepolis the whole superpower is present. Hacked in stone, the nations conquered by Persia marched to greet Darius on the first day of the year, Now Ruzina, which was celebrated – and still is celebrated – during the spring solstice. And what they brought with them: precious stones from Assyria, pottery from Sogdiah; the Cappadocians brought a horse with carts and the Arabs a dromedary. The destruction of Persepolis arrived in the form of Alexander the Great in 331 BC. It is said that after burning the city, he took the treasures of the great kings with him.