According to Countryaah.com, with capital city of Djibouti, Djibouti is a country located in Eastern Africa with total population of 988,011. 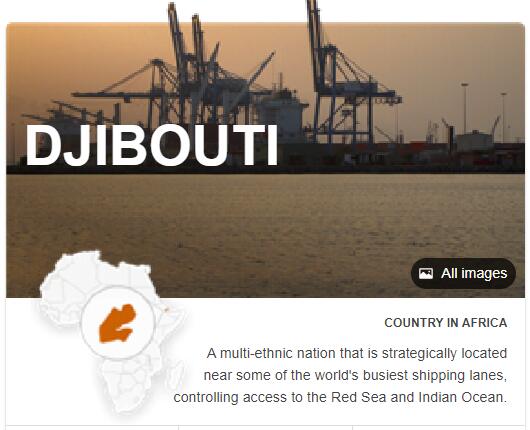 Following the independence of France in 1977, the political power in Djibouti lay with one and the same family. The country’s first president, Hassan Gouled, was succeeded in 1999 by his son-in-law Ismail Omar Guelleh, who has been head of state since then. See ABBREVIATIONFINDER for how DJ can stand for Djibouti.

The Djibouti political system has clear French features. The constitution is from 1981. Important additions were made in 1992, when the one-party system was abolished and a limited number of parties (four) were allowed. In 2002, this restriction was also abolished. The president, who holds the executive power, is elected by universal suffrage and could previously be re-elected once, but in 2010, the constitution was amended to allow further terms of office. At the same time, the term of office was shortened from six to five years. The president appoints government members and the country’s judges. Since independence in 1977, the country has had two heads of state, both men.

The Legislative Parliament (National Assembly) has 65 members, who are elected in general elections every five years.

When Djibouti became independent in 1977, Hassan Gouled was appointed president. He was elected for a first six-year term in 1981 and then re-elected in 1987 and 1993. Gouled was accused during his time in power of favoring his own people group, Issa, and fighting with militant Afaric groups occurred occasionally. Even after the abolition of the one-party system, Gouled retained his grip on the country, and during the 1992 parliamentary elections, the Rassemblement government won the popular populace pour le progrès (RPP), all mandates. The opposition party Parti pour le renouveau démocratique (PRD), was the only opponent. Other parties boycotted the elections, and more than half of the electorate abstained. Gouled received 61 percent of the vote in the presidential election. Only 50 percent of those entitled to vote participated in the election

Opposition to Gouled grew during the 1990s, and before the 1999 election he announced his departure. After a power struggle within the RPP, Gouled’s mother-in-law and chief adviser Ismail Omar Guelleh was appointed candidate for the ruling party. Guelleh was elected president with nearly 75 percent of the vote and was re-elected in 2005 with all votes, since the only competitor withdrew his candidacy.

Prior to the 2003 parliamentary elections, the RPP, together with three other parties, formed the Alliance Union pour la majorité presidential (UMP). The electoral system gave the UMP all the mandate, despite the opposition alliance receiving more than a third of the votes. In the 2008 parliamentary elections, the UMP was given all the mandate after the opposition boycotted the election or was banned from running for office. After the constitutional amendment in 2010, Guelleh set for a third term in office. He was re-elected in 2011 with 81 percent of the vote after the opposition alliance Union pour l’alternance démocratique (UAD) again boycotted the election.

Ahead of the 2013 parliamentary elections, large parts of the opposition merged into the Union pour le salut national (USN) alliance, which achieved some success even though the UMP again gained its own majority. The opposition has occasionally boycotted the work in parliament and in 2017 represented ten members of the USN and the remaining UMP. In the 2018 parliamentary elections, the government party was challenged by only two other parties, while others either boycotted the election or were not allowed to stand. 57 of the 65 seats went to the UMP. Of the total number of members, 15 (23 percent) were women.

In the 2016 presidential election, Guelleh ran for a fourth term, winning 87 percent of the vote. The opposition accused the regime of electoral fraud and political repression, but the election was approved by observers from the African Union (AU).

The legal system consists, in broad terms, of a French legal inheritance and of Muslim family law and customary law. The death penalty was abolished in 1995.