Culture and Swimming in Indochina

Indochina is a melting pot of different civilizations, a region that since time immemorial has been influenced by Asia’s collapsed cultural spheres India and China, but which in more modern times has also absorbed impulses from more distant Europe. It is perhaps this mixture, combined with the region’s fascinating contemporary history, that makes a trip to Vietnam and Cambodia an unforgettable memory. Indochina’s beautiful nature, wonderful beaches and sun-drenched landscapes, the friendly people and the fantastic food also make the trip even more enjoyable.

During our trip we will therefore experience how multifaceted this part of Southeast Asia is – from the ruin city of Angkor’s most spectacular Hindu and Buddhist temples, nestled in the greenery of Cambodia, to Vietnam’s largest city, the vibrant Ho Chi Minh city (almost always called by the locals Saigon). The Vietnamese island of Phu Quoc – “Asia’s pristine pearl” – offers lazy and days on the beach and its own adventures. Large parts of the jungle-clad island are nature reserves and the coasts offer some of Southeast Asia’s most beautiful beaches.

Day 3: Cu Chi & Ho Chi Minh City
After breakfast we go on a day trip to the Cu Chi tunnels 60 kilometers northwest of Saigon. The tunnel system was within the U.S. 25th Infantry Division area and reached virtually all villages in the district. The tunnels made it possible for the South Vietnamese guerrillas and the North Vietnamese army to appear where the enemy least expected it. Among other things, we are shown how the various traps of the guerrillas were constructed by personnel from the Vietnamese military. Here you also have the opportunity to visit one of the safe tunnels that are adapted to today’s tourists. Back in Saigon, we go on a city tour and get to see some of the city’s architectural sights such as the War Memorial Museum, Notre Dame Cathedral and the Main Post Office. Overnight in Saigon. (Breakfast and lunch)

Day 6: Angkor area
Siem Reap is the contemporary city closest to the Angkor area which is Cambodia’s main attraction. After breakfast, we pick up our individual tour passes that all tourists must show to be admitted to the temple areas. We then visit Angkor Thom, once the largest city in the Khmer Empire (Angkor Thom means “big city”) which was built in the late 12th century by order of King Jayavarman VII. The area covers more than 900 hectares, most of which now consists of jungle. We visit the main sights in the more accessible parts of Angkor Thom, including the Bayon Temple which is located in the middle of the ruined city. The temple is known for its 216 large enigmatic stone faces that possibly represent King Jayavarman VII or perhaps the bodhisattva of Avalokitesvara. We then head to Angkor Vat, Perhaps the most famous temple complex in the Angkor area. Ankor Vat means “The city that is a temple” and was built in the 12th century by King Suryavarman II. The temple area covers a total of almost 200 hectares and we visit the most important buildings and admire the most interesting and best preserved of the many detailed reliefs that adorn the walls. The temple complex was originally built in honor of the god Vishnu and the temple architecture therefore reflects Hindu ideas. The main buildings in the middle of the complex symbolize the absolute center of the cosmos, the sacred mountain Meru, where it was imagined that the gods lived. In the afternoon we visit Ta Prohm, originally a Buddhist monastery built in the late 12th century. The ruins have been deliberately preserved without removing too much of the huge banana trees that threaten to devour the buildings.
Remember to dress appropriately when visiting temples. Women in tank tops and / or short dresses (or short shorts) are not allowed in many temple areas. The same applies to men in too short shorts and / or tank tops. Feel free to bring a sun hat and remember to drink plenty of water. Overnight in Siem Reap. (Breakfast and lunch)

Day 7: Siem Reap
After breakfast we visit the well-known Cambodia Landmine Museum. Then we continue to the Wat Thmey temple, which is known for being located in one of the so-called “killing fields” where so many died during the Khmer Rouge regime. Then we come to Chantiers Ecoles – Les Artisans d’Angkor “(School fields – Angkor craftsmen) where young Cambodians are trained to preserve the Khmer traditional crafts by making stone carvings and swamp sculptures. In the afternoon we visit the Angkor National Museum, which showcases the Khmer rich culture heritage and priceless objects that have been preserved since the heyday of the Khmer kingdom.Overnight in Siem Reap (Breakfast and lunch)

Day 8: Tonle Sap
After breakfast we head to Lake Tonle Sap. On the way we stop in one of the villages on the way to get a picture of how the farmers’ lives can take shape. Tonle Sap supplies almost half of Cambodia’s population with fresh water and fish. We pass fish farms and floating fishing villages during our boat trip. In the late afternoon we fly to Phu Quoc (change in Ho Chi Minh City). Overnight in Phu Quoc. (Breakfast)

Day 12: Return journey
Transfer to the airport for the journey back to the boarding place in Sweden. Meals are included on board the long-haul flight. (Breakfast)

Day 13: Arrival at the boarding place
Meals are included on board the long-haul flight. 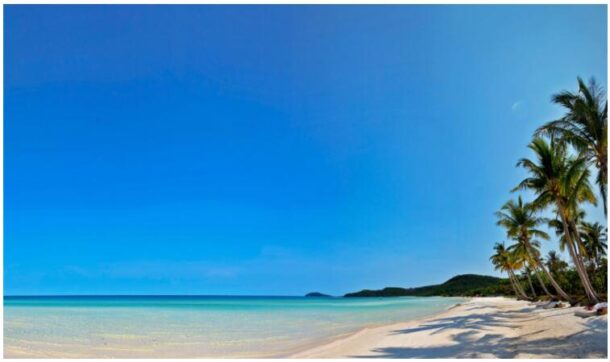