According to Countryaah.com, with capital city of Praia, Cape Verde is a country located in Western Africa with total population of 555,998. 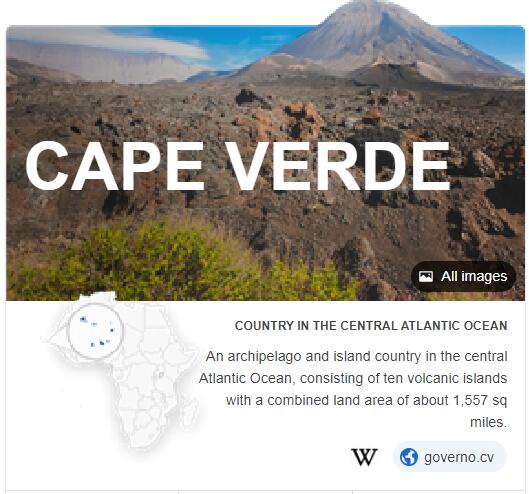 From independence in 1975 until 1990, Cape Verde was a one-party state governed by Partido Africano da Independência da Guiné e Cabo Verde (PAIGC), which in 1981 changed its name to Partido Africano da Independência de Cabo Verde (PAICV). Since the introduction of multi-party systems, power has switched between PAICV and Movimento para a Democracia (MpD), and the country has developed into a stable democracy.

The Constitution of the Cape Verde was adopted in 1992. According to the Constitution, Cape Verde is “a sovereign, democratic, unified, anti-colonial and anti-imperialist republic”. The president is the head of state and is elected by the people in general elections for a period of five years. To be elected already in the first round of elections, a 2/3 majority is required. Then a simple majority in a second round of elections, arranged within 21 days, suffices between the two main candidates. In a constitutional amendment in 1999, the president was given the right to dissolve parliament and a constitutional court was established. All four presidents since independence have been men. See ABBREVIATIONFINDER for how CV can stand for Cape Verde.

The Constitution prohibits the death penalty and life imprisonment and guarantees freedom of thought and expression, freedom of assembly, demonstration and religion, as well as the right to health care, culture and education.

Until 1990, Partido Africano da Independência de Cabo Verde (PAICV) was the only permitted party. It got its current name in 1981, having previously been part of the Partido Africano da Independência da Guiné e Cabo Verde (PAIGC), which led the fight against the Portuguese colonial power in both Cape Verde and Guinea-Bissau. The leftist PAICV, which is now almost social democratic, lost power in the first free parliamentary elections in 1991 but returned to office in 2001. During the years in between, Cape Verde was ruled by the bourgeois Movimento para a Democracia (MpD). A handful of other parties are registered but have very limited influence.

Since PAICV regained government power in 2001, the party’s candidate Pedro Pires, former prime minister, won by only 13 votes in the second round of the presidential election that year. The loser, Carlos Veiga, also challenged Pires in the 2006 election but again had to be defeated; the president received 51 percent of the vote. PAICV also gained renewed confidence in the voters.

After the 2011 election, PAICV regained its own majority in Parliament with 38 of 72 seats. However, the party’s candidate lost in the presidential election. Former Foreign Minister Jorge Carlos Fonseca, who represents MpD, received 54 percent of the vote in the second round, where he was put against PAICV candidate Manuel Inocêncio Sousa. The president’s party was thus in opposition mode in parliament.

This relationship changed in 2016 when, for the first time in the 2000s, PAICV lost in a parliamentary election. The MPD received 40 out of 72 seats against 29 for PAICV and three for União Caboverdiana Independente e Democrática (UCID). In the presidential election later that year, PAICV did not even launch a candidate, which is why Fonseca was opposed to two party-independent candidates. This probably contributed to the low turnout, 35 percent. Fonseca was re-elected with 74 percent of the vote.

The country’s legal life is largely characterized by Portuguese legal traditions. The death penalty was abolished in 1981; the last execution took place in 1835.