According to Countryaah.com, with capital city of Minsk, Belarus is a country located in Eastern Europe with total population of 9,449,334. 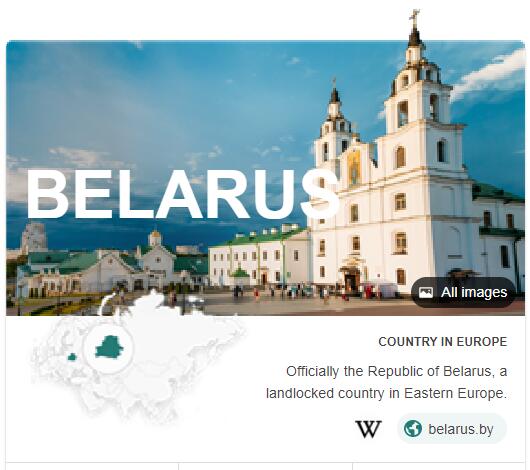 Belarus is a presidential republic. See ABBREVIATIONFINDER for how BY can stand for Belarus. The 1994 constitution has been changed by referendums in 1995, 1996 and 2004, which have extended the powers of attorney to the president.

By the Constitution, Belarus is an independent, unified state and democratic republic. The supreme executive power is added to the president, who is also the head of state. This is elected in the general election for five years. Parliament, Natsyanalny skhod, has two chambers, a House of Representatives (Palata pradstaw nikaw) with 110 members, elected in the general elections for four years, and a Republican Council (Savjet respubliki) with 64 members – 56 elected from the regions and eight appointed by the president. The voting age is 18 years.

Aljaksandr Lukashenka, who was elected president in 1994, has ruled the country with increasing powers. Following the 1995 and 1996 referendums, the Constitution was amended to strengthen the presidential office. In practice, the legislative and judicial powers were subject to the executive. The President governs the country by decrees that have the status of law. The 2004 referendum officially gave a large majority to repeal the constitutional provision that limited the president’s term of office.

In the 2004, 2008 and 2012 elections, candidates supporting President Lukashenka occupied all 110 seats in the House of Representatives. OSCE and EU observers have criticized the elections as unfair, with widespread electoral fraud and significant formal obstacles to opposition candidates.

The Council of Europe, of which Belarus is not a member, has also condemned the country for widespread human rights violations. Belarus is the only country in Europe where the death penalty is still practiced. This has been criticized several times by the EU, the Council of Europe, the OSCE and a number of countries, including Norway.

Administratively, the country is divided into the metropolitan area and six regions (voblast), and these are again divided into 118 districts (rajon) with elected councils.

The judiciary is formally independent, but the judges in the Supreme Court are appointed by the president. There is a separate constitutional court, where the president and the House of Representatives each appoint half of the 12 judges.

State and form of government
Constitution of 1994
Presidential republic
Parliament: House of Representatives (Palata Predstavitelei) with 110 members; Republic Council (Soviet Respubliki) with 64 members (56 indirectly elected, 8 appointed by the head of state); Choosing each of the 4 J.
direct election of the head of state every 7 years (renewable once)
Voting age 18 years

Religions: 53% Orthodox, 6% Catholics; Minorities of Muslims, Jews and Protestants (as of 2006)

unemployment (in% of all economically active persons)
no information