According to Countryaah.com, with capital city of Kabul, Afghanistan is a country located in Southern Asia with total population of 38,928,357. 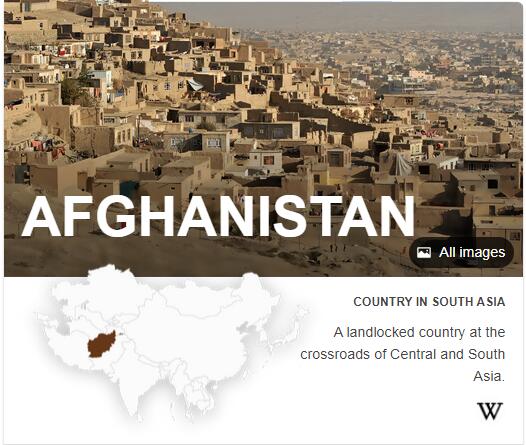 1800-1900 The English lose the war against Afghanistan

The first English-Afghan war, (1839-1842), which the English lost, secured Russian-friendly Dost Mohamed Shah’s position of power. This shah sought to amplify his influence in northern India, supporting anti-British rebellions. When he consolidated his position with the help of his son Shere Ali Shah, the British again attempted an invasion.

As a result of the Second English-Afghan War, (1878-1880), the Durrani dynasty was deposed and Afghanistan was deprived of its possessions, south of the Khyber, including the Khyber Pass, and was then led by an emir, deployed by the English, and thereby ceased the country with an independent foreign policy. A small strip of land bordering China was only transferred to Afghanistan many years later; This prevented the Russian and English empires from reaching a common border!

Squeezed in between two empires, with artificially drawn borders, separating communities that did not recognize these boundaries and which they crossed in search of pasture to their herds, the country first managed to free itself from the English “protectorate” in 1919, after a third English-Afghan war, which this time lasted 4 months. The leader of this liberation process was Amanullah Kan, grandson of the emir who had been deployed by the English. From that point on, the government began to modernize the country and became the first in the world to establish diplomatic relations with the Soviet Union.. The government was overthrown in 1929 by the Mohammedzai clan, descendants of the dynasty deposed in 1879, who proclaimed Mohamed Nadir Sha as king. The Constitution of 1931 recognized the power of local leaders and remained in effect until 1953.

Mohamed Daúd Kan, the king’s cousin and brother-in-law, was appointed prime minister that year. He nationalized the public service sector, launched irrigation projects, built roads, schools and dams – the latter with the help of the United States. He rescinded the order for women to wear Chador (veil), reorganized the army with assistance from the Soviet Union, and maintained neutrality during the “Cold War”. He chose not to change the existing structures in the agricultural sector. Mohamed Daúd Kan was forced to step down in 1963.

In the subsequent period dominated by traditionalist forces, the PDPA, the Afghan People’s Democratic Party, was secretly formed. In 1965, the party behind the first demonstrations faced the monarchy, while King Zahir Sha and his “court” discussed the adoption of a new constitution. In a very short time, the PDPA split into the Jalq faction, consisting of Tajiks and Afghans, who advocated a revolution based solely on an alliance of peasants and workers, while the supporters of the Parcham faction, the pushouts, sought a broader popular front. with the participation of the intellectuals, the bourgeoisie, the middle class, and the army. Zahir Kan was overthrown in 1973 and Mohamed Daúd was appointed president. With the support of the PDPA, Afghanistan was declared a republic. See ABBREVIATIONFINDER for how AF can stand for Afghanistan.

During the assault in connection with the assassination of Mir Akhbar Khyber, the then head of the PDPA, in April 1977, the army, led by the Parcham faction, deposed Daúd. He was replaced by Nur Mohamed Taraki while Hafizullah Amin and Babrak Karmal were appointed Deputy Prime Minister. The conflict between these two developed in favor of Amin, who in April 1979 advanced to the Prime Minister’s post, which had hitherto been vacant. In September of that year, he dismissed Taraki and let him execute.

Kabul, the capital of Afghanistan; 3.48 million residents (2013). The town lies at 1800 m altitude on the river and in the province of the same name and in a strategic place where three valleys meet and from which passages in the mountains to the north, east and south can be controlled.

Some monuments and installations from Kabul’s long history are still intact. Babur’s garden and burial ground. The old district with extensive bazaars is on the right bank of the Kabul River; on the left are government offices and ministries in the Dar-ol-Aman Palace. To the west is the university (1931) and other colleges, and to the east, until the devastation of the 1990’s, industrial neighborhoods with, among other things, were located. food, clothing, furniture, cement and weapons industries.

A rapid return of refugees following the fall of the Taliban regime in 2001 has almost doubled Kabul’s population by 2005. It is estimated that up to 60% of Kabul’s residents live in so-called informal settlements, without valid documentation and still at risk of being displaced. Although reconstruction is in full swing, with the support of the international community, only 27% of Kabul’s residents have access to clean drinking water and electricity; however, it is more than the national average.

Kabul has been around for 3500 years. It was the capital of Babur’s growing kingdom in 1504-26 and since 1774 the capital of Timur Shah. During the Anglo-Afghan wars of 1842 and 1879, the city was partially destroyed. Much of modern-day Kabul, with its mix of old and new, was destroyed during warring mujahedin groups’ struggles over the rule of the city in 1992-96 during the Afghan civil war.